You are here: Home1 / Stir on emotions 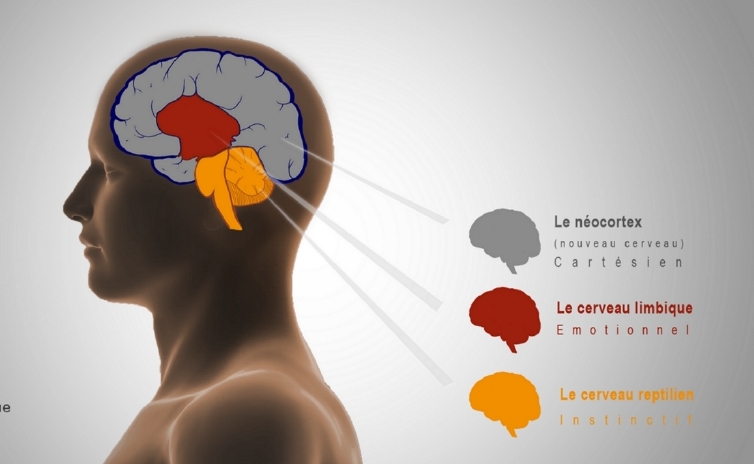 Why to stir on your audience emotion?

All recent research in the field of neuroscience demonstrates the high involment between emotions on one hand and memory and decision on the other. Aristotle woestablished in his rhetoric as early as the 4th century BC that pathos (appealing to the audience’s emotions) must be used according to the circumstances of your speech. Modern biological research has only confirmed this ancient idea. The more the speaker stirs up emotions, the higher the impact of the speech and the more memorable it is.

The picture of the brain model on the left displays a red area: the limbic system. This part is also referred to as the emotional brain. Curiously, the limbic system doesn’t have access to language; however, it sends thousands of information signals. This is usually why people remember exactly where they were on September 11, 2001, for example (assuming they were old enough to remember): This event is connected to a high degree of emotion, which comes from this part of the brain.

Everybody is different, and our communication capacities differ from one person to the next. So, what is YOUR way of conveying emotions?

Some people are gifted at stirring up emotion by sharing values or a personal story. Others prefer embodying their emotions in front of others or stating their ethics or values. Or maybe you prefer to share a vision and dream with your audience. The most appropriate communication channel for accessing your audience depends on the circumstances and your natural abilities, which can be largely developed through training and practice.

Display your emotions to your audience
Barack Obama, in his “Farwell speech in Chicago, sheds a tear while speaking about his wife at the 45:45 minute mark

State a strong personal belief
Find a way to connect the dots (10-13 min.)

Give people vision & dream
Share a futur where everything is possible.
This step is well adapted for the step 4 of our general scheme